This year we decided to take an actual family vacation over the Christmas break. It was the first time for our family to go on a real “vacation” to anywhere outside of Bossier City, LA or Bay Minette, AL. Sure, we have driven an hour and a half up to Branson for a night every couple of years, and occasionally we drive over to Tulsa. But never a real vacation. This year we wanted to make some memories.

When I started searching online for things to do that would be a good meeting point for us coming from northwest Arkansas and my parents coming from southwest Alabama, a few places came to mind. New Orleans and Nashville were the first thoughts, but then I remembered the towns of Gatlinburg and Pigeon Forge from my childhood. After I did some research, the Great Smokey mountains was the obvious choice for a family with young kids. The advertising online highlighted many of the Christmas activities available in the area. But, the one thing that really sold it was the “Rudolph the Red Nosed Reindeer” characters that were going to be at Dollywood. Sold! I was in.

Now, like any good wife when a husband is excited about something, Jamie had to be convinced. I went to work like a bad used car salesman trying to highlight everything I could find out about all the places and things we could do.  It took a couple of days, but I finally sold it to her until she didn’t protest too much. Condo booked, Tickets bought, here we come!

We live in the Ozark mountains of northwest Arkansas. So since we were driving twelve hours to eastern Tennessee, we decided to spend the night in Memphis and eat some good food.

Christmas 2014, Memphis, Central BBQ, on the way to the Smokey Mountains we spent the night in Memphis, this obviously required ribs for dinner

As we left Memphis on our way to Gatlinburg we drove through Nashville and Knoxville. Nashville had a beautiful skyline. After we got east of Nashville a few miles we started seeing a few bigger hills. Jamie commented that it just looks like the Ozarks. I was a small child the last time I was in the Smokey Mountains, but from my memory the mountains were big. But I couldn’t help but worry that maybe I was just small and thought they were bigger than they really were. I hoped that these mountains would start getting bigger real soon so that Jamie would be impressed.

It wasn’t until we got to our condominium that I think we started to understand how much bigger these mountain were, and we didn’t even see the biggest mountains in the Great Smokey mountains. Our condominium sat on top of a mountain in Gatlinburg at 2800′.  That is 100′ higher than the highest point in Arkansas at Mt. Magazine. The highest point in the Great Smokey Mountains is Clingman’s Dome at 6673′, which I do want to see on our next trip.

Christmas 2014 Smokey Mountains, Gatlinburg, The Highlands Condominiums, We stayed in Room 101 and the view was spectacular. The van did grunt a bit trying to get up to the condo each evening.

We had three days and had a one day pass to the Dollywood theme park. So we just needed to use those passes on the day with the best weather.

Our first night in the Smokey Mountains wasn’t planned out. There was too much to do, so we decided to just do whatever we felt like when we got there. The first night we went to The Island in Pigeon Forge. This is a shopping area with restaurants and other entertaining activities. We ate at Margaritaville, rode the Great Smokey Mountain Wheel, and just walked the area. It was a beautiful at The Island, it was all lit up with Christmas lights. Also, there was a spot at the Margaritaville Hotel where they had an outside fire pit and an employee keeping it going for everyone to enjoy. It was a little chilly on the first night we were there, but not too bad. Of course, we had to stop at Krispy Kreme on the way back to the condo. That place was crazy, cars were backed up around the building  at the drive through every night we were there. I think everyone must have been cheating on their diet while on vacation. This trip to Krispy Kreme included a foot race to the door between my dad and a girl in her twentys.  True story!

When we got back to our condo I got some firewood off the porch and lit the fireplace. I lit it up each night just to hear the wood popping and smell the wood a little. Everyone enjoyed it.  Of course, the kids had to use the hot tub in our bathroom each night as well.

The second day we decided to head up to Uber Gatlinburg and go to the Hatfield and McCoy Dinner Show. Uber Gatlinburg is a ski resort that has artificial snow for skiing, ice skating, German food, and a Tram from downtown Gatlinburg up to the top of the mountain where the lodge is. We were just going to ride the Tram, so I had to promise Addison that we would Ski next time to get her off the mountain, and she will remember. After the Tram we went to lunch in downtown Gatlinburg and then went and relaxed in the condo for a while. The Highlands condominiums have really great views. It is a little more expensive than some of the others, but it is worth it. Then around 3:00 we went back to downtown Gatlinburg and walked around town. There are a lot of shops and attractions, from old time candy makers to new age kid friendly activities. We didn’t get to do everything, there will be plenty left to do next time we go. I especially want to go to the aquarium and Nascar experience next time. We did take the kids into the Ripley’s Mirror Maze and they rode an earthquake simulator which was better than the ones you sit in at the mall. This one is actually a stand alone ride with animatronic scenery, real fire, and a moving train. We also stopped by the Ripley’s Guinness Book of Records lobby.  (pictures below)

The third day we went to Dollywood for the day and then we ate dinner at the Hard Rock Cafe. Now, when we met mom and dad at the condo the first night, my mom reminded me that I had been to Dollywood as a child with her and my grandparents. I knew I had been to the mountains before as a child, but I didn’t really remember where I had been. So, this was probably special for mom since she had brought her kids there and now she is with her grandchildren at the same place. Mom rode every ride in that park with Addison, they had a lot of fun. We also rode the train, watched the “Christmas Carol” show, which include a holographic Dolly, and had the obligatory funnel cake. The show was really quite amazing. They holographs the used for the ghosts of Christmas were very lifelike. Then At the end of the park day we watched the Christmas parade which had some really cool lighted floats. As we were about to finish the parade and leave the park it started to sprinkle rain, but in all it was a great day with temperatures in the 60s for most of the day. When we left the park we headed into Pigeon Forge and found the Hard Rock Cafe. The food was good, and we had free anniversary dessert for Jamie and I. The OCC Chopper was neat that was in the front. (pictures below)

For our first vacation everything turned out fantastic. I really think that it turned out great because we just did whatever we wanted to do each day and had fun. I am really looking forward to our next trip to the Smokey Mountains.

Christmas 2014 Smokey Mountains, Pigeon Forge, Hatfield and McCoy’s Dinner Show, This was a great show with a very talented group of musicians, clog dancers, and actors. But, the soup was the star of the show!

Christmas 2014 Smokey Mountains, Pigeon Forge, Dollywood, Thunderhead. This seamed like the fastest wooden coaster I have ever ridden, and it was dark outside.

Christmas 2014 Smokey Mountains, Pigeon Forge, Dollywood, Bumble is here, with his teeth. Honestly, the “Rudolph the Red Nosed Reindeer” ad campaign is probably what brought us to the Smokey Mountains and Dollywood this year. We enjoyed the entire trip.

Christmas 2014 Smokey Mountains, Pigeon Forge, Dollywood, it did drizzle some rain at the end of the night, but the park map was not a bad umbrella.

Christmas 2014 Smokey Mountains, Pigeon Forge, Hatfield and McCoy Dinner Show, The kids were invited on stage at the start of the show.

Christmas 2014 Smokey Mountains, Gatlinburg, Ripleys, World’s tallest man display. When we came back by a second time Addison went and looked at it again. It started to stand up and it scared her.

Christmas 2014 Smokey Mountains, Gatlinburg, The Tram, we all got a little nervous when we went over each of the support towers for the tram.

Christmas 2014 Smokey Mountains, Pigeon Forge, The Island, This was our first night in town. We ate ate Margaritaville, Rode the Great Smokey Mountain Wheel, and took in the scenery at The Island.

Christmas 2014 Smokey Mountains, Pigeon Forge, The Island , Great Smokey Mountain Wheel, The Wheel was the most scary ride we did on the entire trip. Thanks to my 9 year old, Stephen, for rocking the thing. Yes, this is a nervous smile.

Christmas 2014 Smokey Mountains, Pigeon Forge, The Island, Margaritaville, Santa and Mrs. Clause were on hand to hand out some treats.

Christmas 2014 Smokey Mountains, Pigeon Forge, The Island, Margaritaville, No, we did not partake in the beverages, but the coconut shrimp were awesome!

Christmas 2014 Smokey Mountains Gatlinburg, Highlands Condominiums, Room 101 View, The clouds rolling in over the mountain top on our final morning. 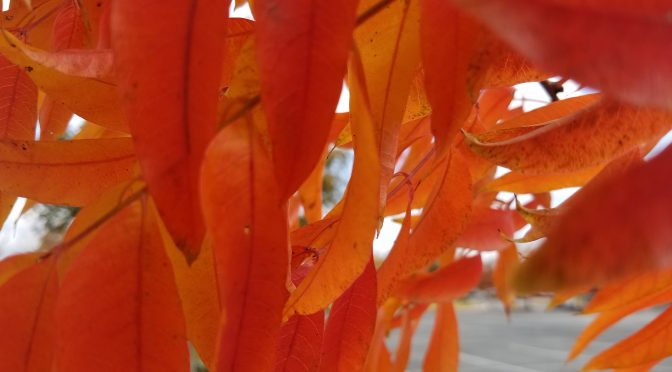 Do you not know that those who run in a race all run, but one receives the prize? Run in such a way that you may obtain it. And everyone