OneChristianMan and Flesh Tamers Fitness Faith,Life The Adventures of Yazoo and Huckleberry (Ch. 4)

The Adventures of Yazoo and Huckleberry (Ch. 4) 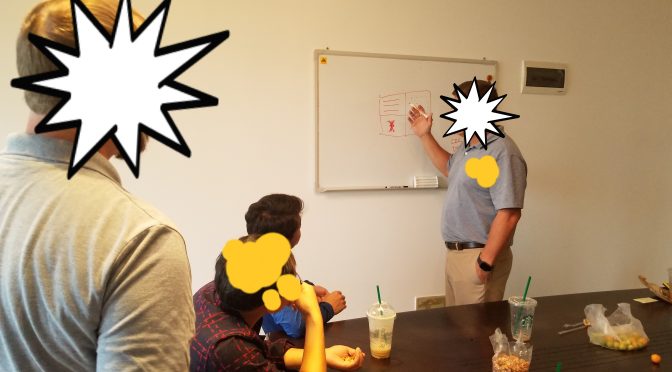 Now, at this point I started noticing the absence of serving utensils. Well, that is because we all used our own chop sticks to pick out whatever we wanted off of the main dish platter or out of the main soup bowl. Yes, double dipping of the chop sticks is approved! I made myself okay with this situation by repeating in my mind all of the vaccinations I had taken before coming on this trip. I am happy to report that I did not get sick on the trip, as far as I know, yet. But I did go ahead and take a dose of pin worm treatment when I made it back to the states as a precautionary measure.

After lunch we made our way to the closest Starbucks. We each ordered something and then headed over to the city office of the agriculture company. The company has an office in this big city and one in a smaller city near the villages where we will plant trees and find people of peace to share THE business plan with.

When we arrived at the office, Fulmer was excited to show Yazoo the space. Fulmer had worked with Kevin to set up both office locations. Each location is set up to be used for business planning and overnight stays as needed. The locations will be a great asset for the business as a whole, and for the big club back home.

We briefly talked through some possible revenue streams while sharing some of the pecan samples with the group, but that was not the main purpose of this meeting.

The local shepherd wanted to talk with all of us about the needs of the club and the flock. His flock is in need of materials to share THE business plan with villages in their language. And his flock needed a plan for growth. The backstory is a good one. This shepherd and Kevin came from the same village, they went to school together in a city near their village. They had each been exposed to THE business plan by a man who was there teaching English when they were children. But the village itself is still a UPG, and is surrounded by UUPGs.

Fulmer and Switzer had a few ideas on how to get them some materials created in their language, but the process takes some time for translation and confirming the meaning is accurate.

The shepherd also shared how the government is slowly finding members of clubs in the area. They go missing for several days before being returned and sometimes they do not return. There are official sanctioned clubs and buildings set up for clubs that remain in the country, but the version of the message shared in those buildings are not THE true plan.

After some time in prayer, Yazoo covered the four fields program with Kevin, the shepherd and their friend. We then started talking with Fulmer and Switzer about future training and story translations needed for the UPG/UUPG groups.

It was getting late in the day, so we decided to part ways and head back to the hotel.

Fulmer dropped us off at the hotel and went to his place. Switzer, Yazoo and I changed clothes and walked about a mile to the huge six story mall for a small dinner at a Burger King. This city is beautiful at night. I have never been to Las Vegas, but there are several buildings here that I think would fit right in on the Vegas strip. Outside of the smell of sewage that occasionally wafts by, I really enjoyed this city and the mix of modern building design and classical architecture of the historic downtown.

We were already very tired so we quickly made our way to BK and went back to the hotel that night. At last check I had 16026 steps in on the Garmin Forerunner 235.

No sleep came for me Sunday night.

I probably should not have had the late Starbucks. I won’t be drinking coffee on Monday, just my Zipfizz.

Here is where that bed near the window fits back into the story. I wasn’t able to sleep, and I had left the curtains open a bit. Our hotel was surrounded by huge high rises on three sides, and the other side had an Olympic size pool, tennis and basketball areas. I’m convinced those were actual Olympic training areas.

I laid in the bed that night just staring up at those high rises and watching lights go on an off in the windows and thinking about what those people must be doing at all hours of the night. I knew the food trucks stayed open late, but it was 2:00 AM local time and the city still wasn’t yet asleep. I had brought some Tylenol PM with me on my doctor’s advice, but I didn’t take it before bed and I didn’t want to be chemically tired on top of physically tired the next day, so I didn’t take any after going to bed.

It was also an emotionally tough night. It didn’t hit me the first night because I was so tired, but on this second night I started feeling the distance away from my family. We were almost a full 12 hours ahead of my home timezone, so I called/texted my wife and talked to her around the time she was leaving our home club. Her words calmed me, and the Comforter soothed the pain in my chest. You know the pain I’m talking about, that pain of being away from the familiar and having a slight fear of never being able to return. I had not felt that pain since I was a young child.

“It is a trustworthy statement, deserving full acceptance, that Christ Jesus came into the world to save sinners, among whom I am foremost of all.” 1 Timothy 1:15 NASB https://bible.com/bible/100/1ti.1.15.NASB

Peace I leave with you; My peace I give to you; not as the world gives do I give to you. Do not let your heart be troubled, nor let

Add your answer to the comments. I want to get to know everyone a little more. My top item is that I would love to see the Grand Canyon. Closely