OneChristianMan and Flesh Tamers Fitness Faith,Life The Adventures of Yazoo and Huckleberry (Ch. 5)

The Adventures of Yazoo and Huckleberry (Ch. 5) 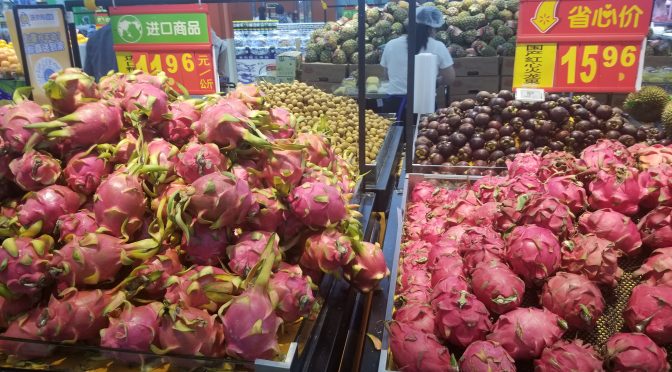 We set the alarms for an early start Monday (not that I needed it). I got in a short workout in the room with pushups, situps, lunges and squat before taking a shower and getting my backpack replenished for the day out.

Today we had planned a store visit to a large international retail chain store and we hoped to meet with the store manager. We were looking to gain some insight into the local market and product assortment for pecans. Part of the goals of this trip was to help determine multiple revenue streams to fund the company which would then support the local club growth and outreach.

I know a little about retail and eating pecans. But, I’m more of a technologist in the retail sector. I do have a hobby farm at my home which includes four apple trees, three plum trees, twelve chickens and nine muscadine vines. However, on this adventure, Yazoo is the big boss man and I’m just the sidekick. If questioned, I’m just a tourist and maybe I can consultant on business, technology and risk management if pressed for a better reason.

Now, funny thing is, our new friend Fulmer just happens to have a degree in some agriculture science area from a southern college and knows quite a bit about pecan trees. This is another awesome God thing. Putting Fulmer in this region and getting him involved in this adventure is a special kind of blessing. If our first goal is to plant pecan trees and get access to villages, we’ll need to know how to talk to the agriculture officials, farmers and land owners. Now we have a resource in place to do that.

So, we started the day by going to McDonalds for breakfast and coffee. Fulmer picked us up at the hotel and we met Kevin at the McDonalds. Let the adventure begin. Remember, this is my first time ever leaving the U.S., so some items I saw in this store were new to me.

We found only a few pecan related items at the store. But no nicely shelled whole pecans and really no dessert or health food items that incorporated pecans like we do here in the states.

After the store visit, you’ll never guess where we went.

Yep, we went over to Starbucks for a couple hours to discuss the inner workings of the business, management structure, funding and opportunities. Due to my lack of sleep, I was tired but alert and only occasionally interjecting an opinion. But I did partake in quite a bit of people watching. This Starbucks was on the corner of a big shopping area and I could see people walking by from all directions.

It was interesting to see all the different fashions of clothing. I suppose I’m used to seeing people wearing all the southern and mid-western U.S. fashions. So, I don’t think about how many different clothing styles are worn. But, as I sit in this Starbucks and look at these people walk by, it seems like they are all wearing something new and unique from each other.

We left Starbucks and started looking for a good place to eat lunch. We found a great local family owned restaurant that serves what they call Muslim noodles. These noodles are made fresh in front of you and they hand pull and separate the noodles and drop them in the soup base of your choosing. I chose chicken and some assorted greens for my noodles. It was delicious.

After lunch we went on an adventurous ride across town to meet the accountant. We were weaving through the crisscross patterns of traffic and seemingly fearless moped riders. It was more like a running back trying to run through the line of scrimmage than driving on a roadway. But when two weird American dudes stick their heads out the back windows and wave with a big cheesy smile, the locals are stunned long enough for you to nudge your car into the open line.

We were going to meet with the business accountant to check on the status of the money that Yazoo had sent to this country from his bank in the United States. Funding this business had become quite problematic. This country is not friendly to missionary work. So, when Yazoo’s bank accidentally sent the money to the foreign bank with a memo on it that said “missionary funding”, that did not go over well. And it happened twice. It was purely a mistake on the U.S. bank’s part, and the middle man bank that handles transfers. But, funding the business took more than six months and several corrections to paperwork.

The money still had not fully been added to the foreign bank account until the week after we left that country. This little issue would also be the cause of some troubling thoughts in Yazoo’s mind on our last day in the country, but I’ll tell you more about that later. Because, he also didn’t tell me until we were on the way home boarding the final plane back to the U.S.! Which, providentially, the flight was moved up a day earlier than expected two weeks before our trip. At the time we didn’t know what happened, but I checked our flight on the AA app a couple weeks before we were to leave and our Saturday flight home had been cancelled. I texted Yazoo, and he had to quickly scramble to get us tickets home on that Friday. There was no explanation to why that flight was cancelled, but now it seems we may know the answer.

We were at the accountant’s building for a while. So I stood out on the balcony and took several pictures. The ones I can share below are of an area where some outdoor adult exercise equipment was set up. I believe there must have been an assisted living area nearby.

I watched as several people took turns using the equipment. There were also older people sweeping and taking care of the grounds. The brooms were made of full stalks of grass.

It was Switzer’s birthday. So, after planning with the accountant, we went to the hotel and changed into comfortable clothes. We then headed to the huge six story mall for some Hibachi/Teppanyaki dishes and we were accompanied by Fulmer’s family. Among other dishes I had Lotus root coated with peanut flower. This was very good.

While we were eating, unbeknownst to us the rain had started outside. When we got down to ground level the streets were flooding around the mall. There was also a huge leak opening up in the center roof of the large atrium of the mall. Apparently this was very embarrassing for mall staff because they politely asked me to stop filming the big leak in broken English. We quickly made our way to the small SUV that Fulmer had parked in the below ground parking garage, and made our way out. We all worried that the parking garage might fill up with water. Luckily we were able to leave quickly, but once at ground level the water was a couple of inches deep across the whole road for several blocks.

It was a great full day, and that night I slept like a rock after not sleeping Sunday night. I did take two Tylenol PMs to confirm I would fall asleep, because the next day would take us on a trip to our office in the smaller city near the villages.

“Where you live doesn’t make you a missionary; the mission you are on does, regardless of your vocation or location.” From “Sharing Jesus Without Freaking Out” by Alvin L. Reid 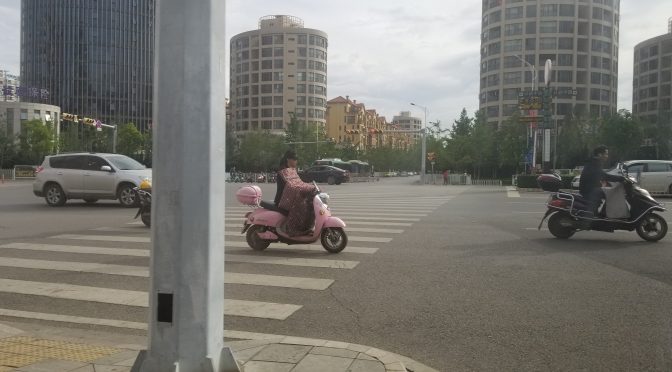