OneChristianMan and Flesh Tamers Fitness Faith,Life The Adventures of Yazoo and Huckleberry (Ch. 1)

The Adventures of Yazoo and Huckleberry (Ch. 1) 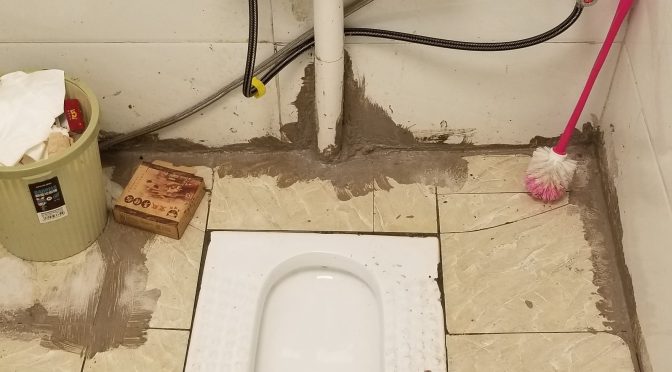 It was my first trip outside of the U.S. and it was going to be a big one.

Caution but not fear. We are headed for Asia.

Yazoo is a cool travel companion. I don’t talk much, and he loves to teach from his experiences.

Let’s start with a Correction of Errors. Put a snack in your backpack, not just in your rolling carry on.

My plan was to transfer a snack to my backpack once we landed after our short flight from NWA to Dallas. But that didn’t happen, our flight was delayed. We ended up having to get on a standby list which would put us in Dallas at 10:25, and our flight to “very large city in Asia” was leaving at 10:55.

Well, we landed and parked by 10:25, but the pilot didn’t park close enough to the ramp! When we all sat back down they moved the plane and we tried again to unload.

Yazoo called AA Flight Advantage when we were about to land to ask our next flight to wait on us. But I’m not sure if they did. We sprinted through the Dallas airport like two crazy men from Terminal B to the train to take us to Terminal D. Then we sprinted to gate D##.

They were yelling at us to hurry because everyone was already seated. We got on the plane at 10:53 and had to move someone who had been given our seats.

And our carry on bag had to be put up front about half a mile away from us on this big 787B Boeing. So, I just had to eat whatever snack they gave me.

This was a huge plane with a second floor for crew sleeping quarters.

I am thankful we made our flight. Thank you, Lord, this must be in your plan. I didn’t want to stay in Dallas overnight.

After settling into our seats I found power ports to keep my phone charged and a personal movie screen that I could control like my own tablet with movies.

It was a 14 hour flight from Dallas to “big city in Asia” so I watched a few movies.

We had seats at the emergency exit so we were able to stretch our legs. But all three seats were filled and the whole plane was full. So we were cramped elbow to elbow.

They served three meals on this flight and they were not bad. I didn’t eat most of the last meal as it was basically just rice and I wanted to eat meat when I got to the airport.

I never was able to get any sleep, so the plan was to just stay awake until getting to “final destination in Asia” at near midnight local time. I thought I would sleep like a rock and set my internal clock to the new time zone.

“Big city in Asia” is huge. When we got close to the airport I started seeing all the highrise buildings. They are everywhere. It’s amazing how much fog/smog hangs around those buildings.

Once we unloaded we had to go get our transfer ticket for the “Asian country” airline flight to our final destination city. I didn’t have any trouble going through security at XNA, but the boys in “big city in Asia” were very thorough. They even took one of my backup batteries because the markings had been rubbed off from old age.

Once we got through security we found some food. McDonalds in “Asian country” has some really good chicken wings. No kidding.

Mcdonalds has different food at the Asian locations including bubble teas. We both got the spicy wings which were really good but risky.

We had a five hour layover in the airport so we looked around terminal two for a while before relaxing again. I picked out a shop that I wanted to stop at on the way out for some souvenirs for the family.

While at the airport we also took time to brush our teeth and use some of the Dude Wipes we brought to freshen up.

This too was a slight change of plans. We originally planned to stay in the AA Admirals lounge, because Yazoo is like super gold platinum member or something. He said it had showers and free meals. What he forgot was that the lounge was in the International terminal, which we had already exited and could not get back in! 😀

We were blessed to get good seats on the flight to our final destination because we sat on a three person row, with only the two of us. I was really feeling the lack of sleep by this time. I had been awake for almost thirty hours with only small head nods for sleep.

We had several moments of scary turbulence on this flight. We flew through some thunderstorms and I could see lightning outside the plane windows.

Were were on a big older Airbus with 63 rows and 8 wide seating with two aisles. This was a three hour flight with a movie in another language.

This is the point where I found out that the movies I had downloaded on Vudu didn’t work. I just watched the in flight movie the best I could and held on as the plane jostled around. It was a weird movie. Something about a circus and the workers fighting ninjas and an elephant?

I admit that eating those spicy chicken wings was a bad idea. I reflected on that decision a couple of times as I held on for dear life in the restroom at the back of that plane. Luckily I had my wet wipes handy.

But oddly I think the Lord was looking out for me. When we got to our final destination I stopped in the restroom at that airport and all I found was those Asian squatty potties. These are basically porcelain lined holes in the ground. I was so thankful that I had gotten all the spice out on the full height plane toilet. 🙏🙏

When we arrived it was about midnight local time in our destination city, but the company men we were coming to visit were there waiting for us. I was glad to get to the hotel alive, because even at midnight traffic was heavy compared to my town.

And I was correct in my assumption, I slept well that first night.

Isaiah 26:4 NIV Trust in the Lord forever, for the Lord, the Lord himself, is the Rock eternal.

Tags: Asia, The Adventures of Yazoo and Huckleberry

“that if you confess with your mouth Jesus as Lord, and believe in your heart that God raised Him from the dead, you will be saved; for with the heart

If I say, “Surely the darkness will overwhelm me, And the light around me will be night,” Even the darkness is not dark to You, And the night is as

I have so many things to say, but no safe way to say them. I’ve been told that if I say anything, I’ll be “cancelled” by one group or another.